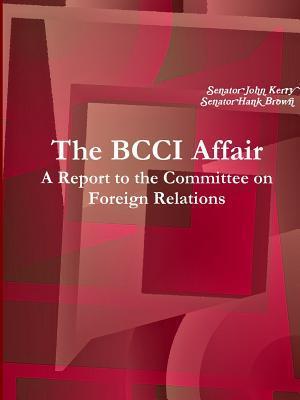 The Bank of Credit and Commerce International remains today, 30 years after its founding, a byword for corruption, influence peddling, bribery, crony capitalism, phony audits, and money laundering. Here, in the full documentary splendor of the Congressional report of 1992, we see the ?bankster? ethos at work and the total failure of the same roster of government agencies caught napping in the panic of 2008. This is the final draft of the Senate Foreign Relations Committee report. Co-author Sen. Hank Brown, reportedly acting at the behest of Henry Kissinger, pressed for the deletion of a few passages. As a result, the report as released originally by the Government Printing Office is less complete than the version you now hold in your hands. Long out of print and available only electronically, this document is here presented in a new edition designed for readability and easy reference. In a world of never-ending banking scandals, this remains a layman's guide to how the "banksters" do what they do.