The Battle That Stopped Rome

- Emperor Augustus, Arminius, and the Slaughter of the Legions in the Teutoburg Forest 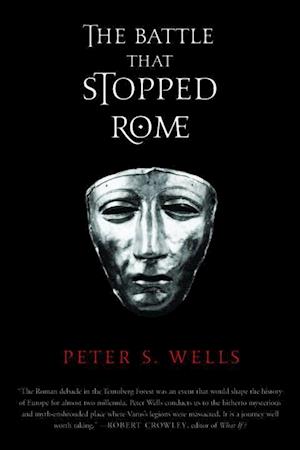 In AD 9, a Roman traitor led an army of barbarians who trapped and then slaughtered three entire Roman legions: 20,000 men, half the Roman army in Europe. If not for this battle, the Roman Empire would surely have expanded to the Elbe River, and probably eastward into present-day Russia. But after this defeat, the shocked Romans ended all efforts to expand beyond the Rhine, which became the fixed border between Rome and Germania for the next 400 years, and which remains the cultural border between Latin western Europe and Germanic central and eastern Europe today.

This fascinating narrative introduces us to the key protagonists: the emperor Augustus, the most powerful of the Caesars; his general Varus, who was the wrong man in the wrong place; and the barbarian leader Arminius, later celebrated as the first German hero. In graphic detail, based on recent archaeological finds, the author leads the reader through the mud, blood, and decimation that was the Battle of Teutoburg Forest.

Forfattere
Bibliotekernes beskrivelse Wells pens the story of the horrific destruction of the Roman army by German barbarians, forever ending the expansion of the Roman Empire.