The Battle of the Little Bighorn

- The History and Controversy of Custer's Last Stand 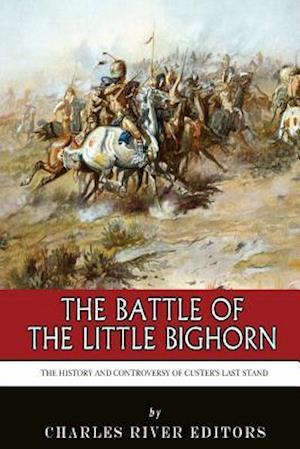 *Includes pictures of important people and places, as well as art depicting the battle.

*Includes accounts of the fighting written by men on both sides.

*Includes a bibliography for further reading.

Since the Battle of the Little Bighorn, George Armstrong Custer has possessed one of the most unique places in American history. Although he was a capable cavalry officer who served honorably during the Civil War, he remains one of the most instantly identifiable and famous military men in American history due to the fact he was killed during one of the country's most well known and ignominious defeats, the Battle of Little Bighorn. At the same time, this one relatively insignificant battle during America's Indian Wars has become one of the country's most mythologized events and continues to fascinate Americans nearly 140 years later.

On the morning of June 25, Custer's scouts discovered a Native American village about 15 miles away in the valley of the Little Bighorn River. Choosing to disregard his superiors' orders to wait for a concerted effort, the grandstanding Custer intended to deliver his own decisive victory by dividing his command into three units, an extremely bold tactic when done in the face of a much larger force. Due to their belief in the inferiority of the Plains Indians, and mindful of previous Indian tactics that sought to avoid pitched battle, Custer and his men were most concerned with forcing the action and failed to understand the true nature of the situation they had entered. The Native American gathering, centered around the famous Sioux chief Sitting Bull, numbered roughly 8,000 individuals, and about 2,000 of them were warriors. Custer's forces amounted to a mere 31 officers, 566 troopers, and 50 scouts and civilians, and they had been split into three columns in order to stop a possible retreat.

Before the battle, it is believed Custer thought he was facing a group of about 800, which was Sitting Bull's strength in the weeks before the battle. However, the Army's Native American scouts and civilian scouts had not adequately informed the Army of the reinforcements that arrived, and at Little Bighorn, Custer's three-pronged attack was completely overwhelmed. How Custer met his fate, and whether there even was a Last Stand, remain subjects of debate, but what is known is that the Battle of the Little Bighorn was one of the U.S. military's biggest debacles. All told, the 7th Cavalry suffered over 50% casualties, with over 250 men killed and over 50 wounded. The dead included Custer's brothers Boston and Thomas, his brother-in-law James Calhoun, and his nephew Henry Reed. Custer and his men were buried where they fell. A year later, Custer's remains (or more accurately, the remains found in the spot labeled with his name) were relocated to West Point for final interment.

The Battle of the Little Bighorn: The History and Controversy of Custer's Last Stand comprehensively covers the entire campaign leading up to the decisive battle, analyzes the decisions made by the battle's most important leaders, and explains the controversial aftermath and legacy of the fighting. Along with a bibliography and pictures of important people and places, you will learn about the Battle of the Little Bighorn like you never have before, in no time at all.