The Battle against Anarchist Terrorism 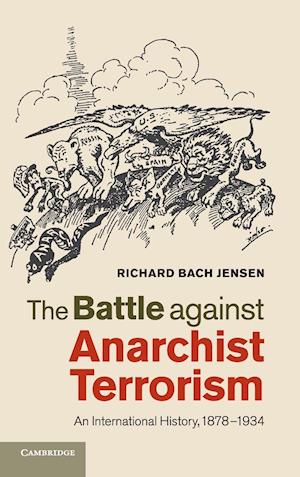 This is the first global history of the secret diplomatic and police campaign that was waged against anarchist terrorism from 1878 to the 1920s. Anarchist terrorism was at that time the dominant form of terrorism and for many continued to be synonymous with terrorism as late as the 1930s. Ranging from Europe and the Americas to the Middle East and Asia, Richard Bach Jensen explores how anarchist terrorism emerged as a global phenomenon during the first great era of economic and social globalization at the end of the nineteenth and beginning of the twentieth centuries and reveals why some nations were so much more successful in combating this new threat than others. He shows how the challenge of dealing with this new form of terrorism led to the fundamental modernization of policing in many countries and also discusses its impact on criminology and international law.

Forfattere
Bibliotekernes beskrivelse This is the first global history of the secret international diplomatic and police campaign waged against anarchist terrorism from 1880 to the 1920s. Placing anarchist terrorism in the context of economic and social globalization, this book considers why some nations dealt with this global phenomenon more effectively than others. 10 Halftones, unspecified