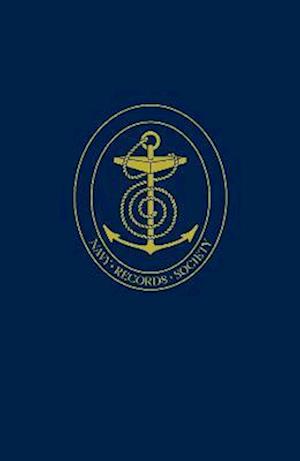 Samuel Barrington (1729-1800), a son of the first Viscount Barrington, entered the Royal Navy in 1740. He was posted in 1747 and eventually was promoted to Admiral in 1787.Papers in the possession of Barrington's collateral descendants form these two volumes and cover his naval career. They comprise order books (1747-71), a private letter book (1770-99), his journal and three bound documents relating to the Leeward Islands command (1778-79), some loose correspondence, and printed matter: the general sailing and fighting Instructions, two signal books, and instructions. None of Barrington's public letter books survives.From 1778-79 he was Commander-in-Chief on the Leeward Islands station. He was powerless to prevent the French capture of Dominica but in December 1778 participated, with General James Grant, in the combined naval and military reduction of St Lucia, his squadron withstanding an assault from a larger French force under Comte d'Estaing. The latter's intention to starve the British into surrender was thwarted by the arrival at St Lucia in January 1779 of Vice-Admiral Byron's fleet, with which Barrington's squadron subsequently merged. Barrington, who became a vice-admiral that March, led the van division of Byron's fleet at the battle with d'Estaing off Granada on 6 July 1779.Later, in 1780, he was briefly Admiral Sir Francis Geary's second-in-command of the Channel Fleet. He fell foul of Lord North's administration, but returned to the Channel Fleet in 1782 as Admiral Lord Howe's second-in-command, and during the latter's illness commanded the fleet off Ushant. In April his ships intercepted a French convoy bound for the East Indies.That September he sat on the court-martial which tried the survivors of the Royal George tragedy at Spithead, and the following month, having sailed with Howe to the relief of Gibraltar, commanded the van division at the battle of Cape Spartel (20 October) against the French and Spanish.Promoted admiral in 1787, he last saw active service in 1790 during the so-called Spanish Armament at the time of the crisis regarding Nootka Sound.