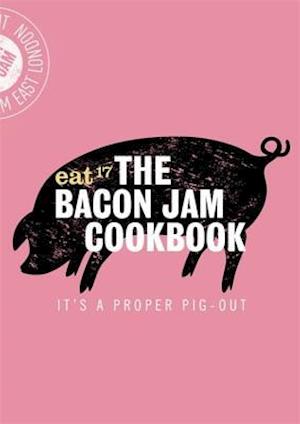 BACON ME CRAZY!Eat 17 is a small, independently-owned and much-loved group of eateries and convenience stores based in east London. It was started by James Brundle and Chris O'Connor, two brothers in their early twenties, who, with only GBP5,000, transformed a run-down off-license in Walthamstow into a multi-million-pound retail revolution and world-class brand.Eat 17's two shops are London fixtures, and the brothers recently took out a lease on a third site. Eat 17 has also recently started selling to a supermarket chain in Hong Kong and on mainland China.The Bacon Jam Cookbook, as well as providing many recipes from Eat 17 and their suppliers, also describes what the brothers have achieved and how. It is also, incidentally, a paean to bacon - (just about) everyone's favourite foodstuff. http://www.eat17baconjam.co.ukhttp://www.eat17.co.uk/

Forfattere
Bibliotekernes beskrivelse The cookbook of Eat 17, the popular east London brand behind the world-famous, and very tasty, Bacon Jam Full color throughout