The Author's Voice in Classical and Late Antiquity 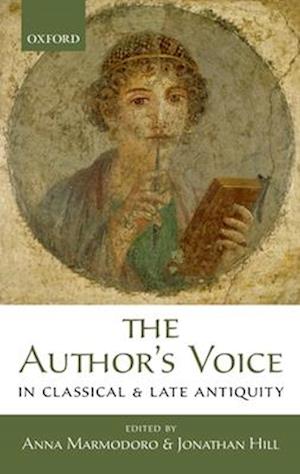 What significance does the voice or projected persona in which a text is written have for our understanding of the meaning of that text? This volume explores the persona of the author in antiquity, from Homer to late antiquity, taking into account both Latin and Greek authors from a range of disciplines. The thirteen chapters are divided into two main sections, the first of which focuses on the diverse forms of writing adopted by various ancient authors, and thedifferent ways these forms were used to present and project an authorial voice. The second part of the volume considers questions regarding authority and ascription in relation to the authorial voice. In particular, it looks at how later readers - and later authors - may understand the authority of atext's author or supposed author. The volume contains chapters on pseudo-epigraphy and fictional letters, as well as the use of texts as authoritative in philosophical schools, and the ancient ascription of authorship to works of art.

Forfattere
Bibliotekernes beskrivelse This volume focuses on the authorial voice in antiquity, exploring the different ways in which authors presented and projected various personas. In particular, it questions authority and ascription in relation to the authorial voice, and considers how later readers and authors may have understood the authority of a text's author. 11 in-text illustrations