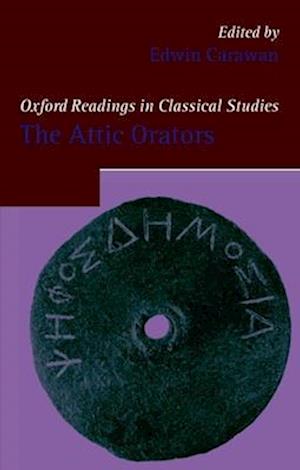 This is the second volume to complete this definitive scholarly edition of the York Plays. It supersedes this editor's previous edition (of the text only), published in the York Medieval Texts Series in 1982. Volume 2 offers an entirely new, full commentary and glossary to facilitate study of the revised and corrected text (published with the Introduction in volume 1), and incorporating the most recent scholarly views and discoveries. The YorkPlays, a cycle of religious dramas on Biblical subjects, ranging from the Creation through the life and Passion of Christ, to the Last Judgement, are one of the great literary and theatrical monuments of the later Middle Ages in English. They were financed by merchants and master craftsmen and their guilds, and expressednot only the essential theological land devotional beliefs of their time, but also the wealth, prestige, and economic vitality of medieval York.The `Attic Orators' have left us a hundred speeches for lawsuits, a body of work that reveals an important connection between evolving rhetoric and the jury trial. The essays in this volume explore that formative linkage, representing the main directions of recent work on the Orators: the emergence of technical manuals and ghost-written speeches for prospective litigants; the technique for adapting documentary evidence to common-sense notions about probable motivesand typical characters; and profiling the jury as the ultimate arbiter of values. An Introduction by the editor explores the speechwriter's art in terms of the imagined community. Four essays appear in English here for the first time, and all Greek has been translated.

Forfattere
Bibliotekernes beskrivelse The authoritative, standard text of this cycle of religious dramas, one of the great literary and theatrical monuments of the late Middle Ages in English. Volume 2 contains the Commentary and Glossary, incorporating the most recent scholarship.A collection of fourteen essays by influential scholars on the `Attic Orators', the ten or so speechwriters who developed rhetoric in democratic Athens from c.420 to c.320 BC. All Greek quotations have been translated.