The Attack on the White Male 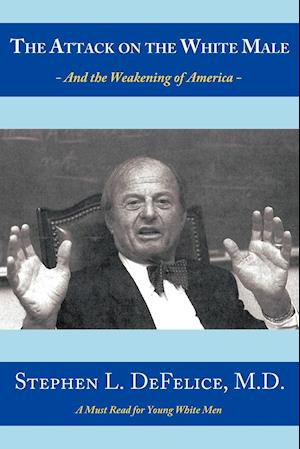 Dr. DeFelice, a highly respected physician, analyzes the signs and symptoms of what's going on in America. He has made the alarming diagnosis that there is a huge attack on white males which has been going on for a long time and has led to the dangerous weakening of America. In this uniquely insightful and very readable book the good doctor covers a range of subjects such as DMS, the Demasculinization Syndrome (the chipping away of all things male), what life's all about, what's moral and what's ethical, God and religion and the power of the orgasm. He admires the successful Civil Rights' and Women's Liberation Movements and urges white males to organize and get back in to the competition before it's too late. "Dr. DeFelice has a formidable writing style combining esoteric references with conversational speech which speaks the language of the modern generation." -Norman Kantor, retired businessman and philanthropist "When Stephen L. DeFelice talks, I listen; when he writes, I read." -Joseph R. DiPalma, M.D., Dean Emeritus, Hahnemann University School of Medicine "Dr. DeFelice sees things that others don't. He's a visionary." -Sheldon G. Gilgore, M.D., former Chairman of G.D. Searle "Dr. DeFelice can enthrall you with his vast knowledge of science, politics, literature, religion, poetry, etc. and borrow from each to explain the complexities of life." -Allen Kipnes, Esq., former president of the New Jersey Intellectual Property Law Association