The Ashgate Research Companion to the Politics of Democratization in Europe 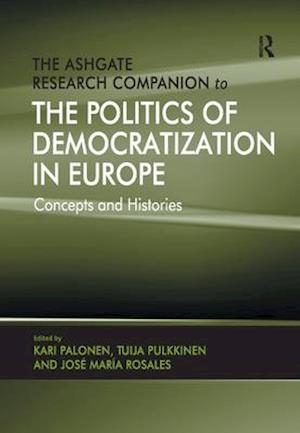 'Democratization' is a concept often used in academic book titles, yet not many of them deal with the initial breakthrough of democratization. This research companion presents an alternative view to the widespread assumption that Western democracies should be the normative reference for the study of democratization elsewhere. Rather, it questions the universal validity of such an assumption by searching the history of European politics and by paying specific attention to the struggles of democratization accomplished outside Western Europe. The authors apply a comparative approach to analyzing debates in the primary sources in a number of countries and languages and situate the results into a broader European context. Focusing on European democratization from different historical and analytical perspectives, they discuss the politics, concepts and histories involved in democratization as a complex of changes that has altered the conditions of political action and debate in the continent for the past two centuries.