The Art of War in an Asymmetric World

- Strategy for the Post-Cold War Era 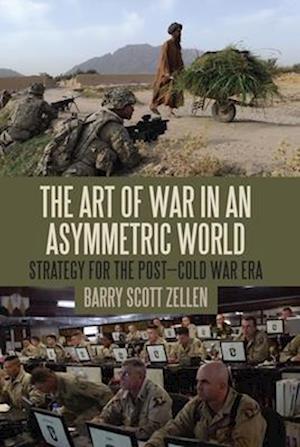 The work examines the rise of the movements against globalization, modernization, and Western dominance that followed the collapse of the bipolar world and the end of the Cold War and that culminated with today's Jihadist movements. It describes how the U.S. had to adapt to this new, assymetrical world of conflict and its strategic, doctrinal and theoretical responses to the threats of terrorism and insurgency that define its war on terror. Unique in the breadth of its scope, the book connects movements such as the Zapatista rebellion, the Unabomber campaign, and Al Qaeda within the broader historical framework of a global struggle, connecting pre and post-9/11 conflicts under the unifying theme of a struggle against the forces of modernization. Featuring the works of key theorists such as Huntington, Arquila, Kilcullen, and Barnett, the book bridges the fields of counterinsurgency, homeland security, counterterrorism, cyberwarfare, and technology of war. Its proposed application of international relations, strategic, and security studies to explain our global security environment will make it a must-read for both academics and policymakers.

Forfattere
Bibliotekernes beskrivelse This book examines the post Cold War security environment and how the U.S. has learned to wage war in this complex assymetrical world of conflict.