The Art of the Pen

- Calligraphy of the 14th to 20th Centuries 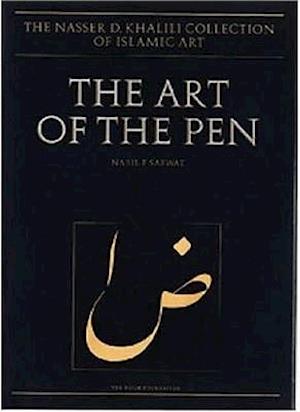 This is the most comprehensive study yet made of Islamic calligraphy, examining many fundamental aspects of a calligrapher's activity for the first time.

Forfattere
Bibliotekernes beskrivelse This is a study of the art of Islamic calligraphy, examining many aspects for the first time. The catalogue features colour reproductions of each item discussed, including works by the most celebrated calligraphers in history that exemplify the continuity of the form from the 14th to the 20th century. The power of the written word to convey emotional intensity in a pleasing visual form, particularly when dealing with sacred subject matter, has been a constant them in Islamic culture. The demanding discipline of Islamic calligraphy, transmitted from master to pupil throughout the ages, has been the source of one of the humanity's richest artistic traditions. The Nasser D Khalili Collection holds examples of the Islamic calligraphy that span six centuries and demonstrate the continuity of this central art form into the modern era. The holdings - nearly 300 in total - include exceptional items that feature the work of many of the most famous master calligraphers: Yaqut, Seyh Hamdullah, Hafiz Osman, Mahmud Calaluddin, Mehmed Rasim and Yusuf 'Hafiz al-Qur'an'.This book is intended for Islamicists, collectors and curators of Islamic art, specialist art trade, some students, and general readers.