The Arden Research Handbook of Shakespeare and Social Justice 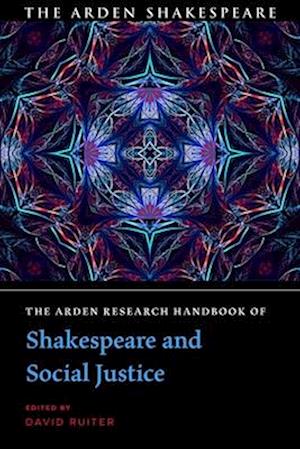 The Arden Research Handbook of Shakespeare and Social Justice is a wide-ranging, authoritative guide to research on Shakespeare and issues of social justice and arts activism by an international team of leading scholars, directors, arts activists, and educators. Across four sections it explores the relevance and responsibility of art to the real world. The collection draws from noted scholars, writers and practitioners from around the globe to assert the power of art to question, disrupt and re-invigorate both the ties that bind and the barriers that divide us.A series of interviews with theatre practitioners and scholars opens the volume, establishing areas for research, exploration, and change. In Section 2 'The Practice of Shakespeare and Social Justice' contributors examine Shakespeare's place and possibilities in intervening on issues of race, class, gender and sexuality. Section 3 'The Performance of Shakespeare and Social Justice' traces Shakespeare and social justice in multiple global contexts; engaging productions grounded in the politics of Mexico, India, South Africa, China and aspects of Asian politics broadly, this section illuminates the burgeoning field of global production while keeping as a priority the political structures that make advocacy and resistance possible. The last section on 'Economies of Shakespeare' describes socio-economic and community issues that come to light in Shakespeare, and their potential to catalyse ongoing discussion and change in respect to wealth, distribution, equity, and humanity. An annotated bibliography provides further guidance to those researching the subject.