- A Study of Architectural Creativity in the Twentieth Century 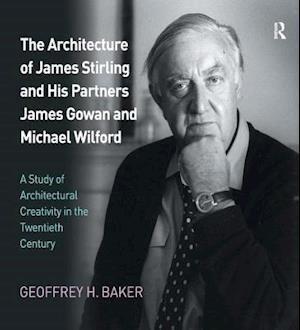 Sir James Stirling was arguably the greatest British architect of the twentieth century. This book provides the most comprehensive critical survey of Stirling's work to date, charting the development of his ideas from his formative years, through his partnership with James Gowan, on to his period in practice as sole partner; and finally, his partnership with Michael Wilford. Using archival material, extensive interviews with his partners and others who worked for him, together with analytical examination of key buildings, this detailed critical examination explains his philosophy, working method and design strategy. In doing so, it sheds new light on the atelier structure of his office and who did what on his major buildings. Geoffrey Baker is the first to analyse in depth the articulation systems used in major projects undertaken by Stirling. He confirms that the Staatsgalerie complex at Stuttgart does not demonstrate Stirling's interest in post modernism but rather an enhanced sensitivity towards context informed by his growing allegiance to the classical canon. Baker explains how this important development in his work, powerfully influenced by Karl Friedrich Schinkel, is consummated in perhaps the finest of Stirling's uncompleted works, the extension to London's National Gallery. In a discussion of his mature works, Baker explains how Stirling's work can be understood in terms of several interconnected ideas. These include surrealism, historicism, myth and metaphor, inconsistency and ambiguity, bi-lateral symmetry, the garden, rusticity and arcadia, and the archetype, seen as the repository of the collective architectural memory. As well as discussing his interests and those who influenced Stirling, the book compares his oeuvre with that of the pioneers of modern architecture, Mies van der Rohe, Frank Lloyd Wright, Alvar Aalto and Le Corbusier. This book charts a remarkable career, and offers invaluable insights not only into the masterly, timeless architecture, but also into the man himself: charismatic, irreverent, courageous, serious; sometimes rude, often stubborn, belligerent, yet gentle. He was endlessly inventive and deeply dedicated to his art, producing buildings that reflect all of the above, buildings that are magnificent and ultimately humane.

Forfattere
Bibliotekernes beskrivelse Sir James Stirling was arguably the greatest British architect of the twentieth century, and of comparable interest and stature to Sir Edwin Lutyens. This book provides a comprehensive and critical survey of Stirling's work, charting the development of his ideas during four turbulent architectural decades.