The Archaeology of Hollywood

- Traces of the Golden Age 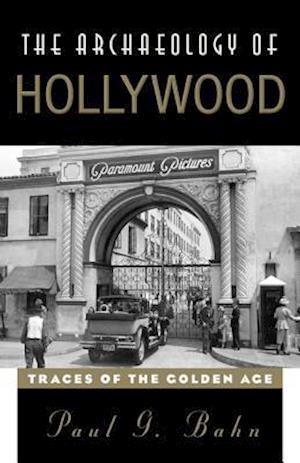 The Golden Age of Hollywood, dating to the hazy depths of the early 20th Century, was an era of movie stars worshipped by the masses and despotic studio moguls issuing decrees from poolside divans... but despite the world-wide reach of the movie industry, little more than memories of that era linger amidst the freeways and apartment complexes of today's Los Angeles. Noted archaeologist Paul G. Bahn digs into the material traces of that Tinseltown in an effort to document and save the treasures that remain.Bahn leads readers on a tour of this singular culture, from the industrial zones of film studios to the landmarks where the glamorous lived, partied, and played, from where they died and were buried to how they've been memorialized for posterity. The result is part history, part archaeology-enlivened with pop culture, reminiscence, and whimsy-and throughout, it feeds and deepens our fascination with an iconic place and time, not to mention the personalities who brought it to life.

Forfattere
Bibliotekernes beskrivelse Discover what is left of the Golden Age of Hollywood with noted archaeologist and old Hollywood buff, Paul G. Bahn, as he unearths and documents forgotten movie-related treasures. 92 Halftones, colorPRIZES:Winner of The Huffington Post: Best Film Books of 2014.