The Archaeology of East Oxford

- Archeox: the development of a community 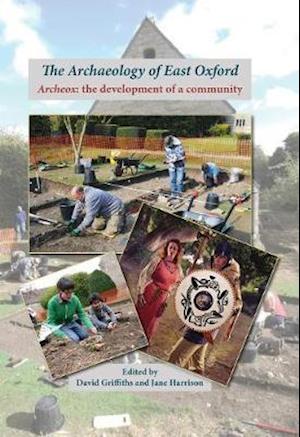 Published by Oxford University in the Thames Valley Landscapes Monograph Series, this volume (no. 43) brings together the work of an award-winning, five-year lottery-funded university/community research project ("Archeox") on the landscape and history of East Oxford, part of the City of Oxford (UK). It documents field and geophysical surveys, archive and collections research, excavations at two Medieval ecclesiastical sites (a leper hospital and a Benedictine nunnery), at a prehistoric pit alignment, together with an extensive campaign of test-pitting which has given new insights into the Roman, Medieval and post-Medieval settlement pattern. The book tells the prehistory and history of a formerly rural area on the eastern outskirts of Oxford which underwent rapid urbanisation after 1850, and is now an integral part of the city. The research plan relied upon engaging and working with the community to participate and to provide access to many study areas, and offered a comprehensive programme of training and education to all those who took part, ensuring that the work done was to an appropriately high standard. It has produced new insights into a number of nationally-important archaeological sites, gained new overviews of the development of the landscape, and brought out from obscurity many under-studied or forgotten finds in local collections. Fundamentally a project which sought to unite university and city, the contemporary story of people and their heritage is a key part of its message. Working in and among some of Oxford's most deprived communities, "Archeox" has been recognised as an exemplar of good practice in breaking down barriers to higher education. Over seven hundred people participated as volunteers, and the project reached many more through outreach and engagement programmes and events. The book is extensively illustrated with many maps, plans and photographs, and is authored by 55 participants in the project, ranging from leading Professors of Archaeology to volunteers who are achieving published work for the first time.

Forfattere
Bibliotekernes beskrivelse Brings together the work of an award-winning, five-year lottery-funded university/community research project ('Archeox') on the landscape and history of East Oxford, part of the City of Oxford (UK). 222