The Arc of Due Process in American Constitutional Law 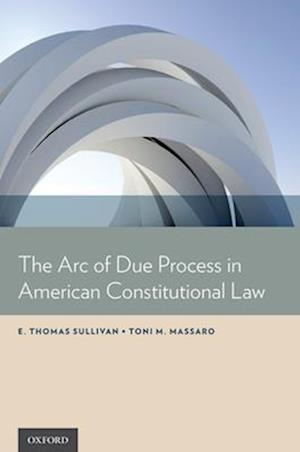 Topics such as military tribunals, same-sex marriage, informative privacy, reproductive rights, affirmative action, and states' rights fill the landscape of contemporary legal debate and media discussion, and they all fall under the umbrella of the Due Process Clauses of the United States Constitution. However, what is not always fully understood is the constitutional basis of these rights, or the exact list of due process rights as they have evolved over timethrough judicial interpretation.In The Arc of Due Process in American Constitutional Law, Sullivan and Massaro describe the intricate history of what are currently considered due process rights, and maintain that modern constitutional theory and practice must adhere to it. The authors focus on the origins and contemporary uses of due process principles in American constitutional law, while offering an overarching description of the factors or normative concepts thatallow courts to invalidate a government action on the grounds of due process. They also analyze judicial interpretations and expressions as a key manner and perhaps the most powerful source of how due process has taken form in the United States. In the process of charting this arc, the authors describe the judicial analysis of rights within each category applying an illustrative list, and identify several fundamental norms that span these disparate threads of due process and the most salient principles that animate due process doctrine.