The Anxieties of Idleness 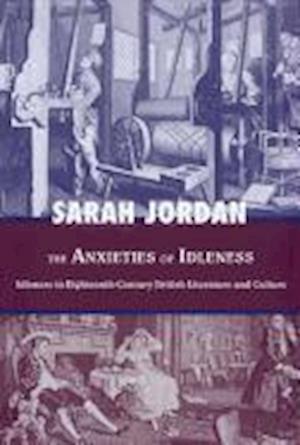 The Anxieties of Idleness: Idleness in Eighteenth-Century British Literature and Culture investigates the preoccupation with idleness that haunts the British eighteenth century. Sarah Jordan argues that as Great Britain began to define itself as a nation during this period, one important quality it claimed for itself was industriousness. But this claim was undermined and complicated by, among other factors, the importance of leisure to the upholding of class status, thus making idleness a subject of intense anxiety. One result of this anxiety was an increased surveillance of the supposed idleness of marginalized and less powerful members of society: the working classes, the nonwhite races, and women. In a widely researched and elegantly argued book, Jordan analyzes how idleness is figured in eighteenth-century literature and culture, including both traditional forms of literature and a wide variety of other cultural discourses. At the center of this account, Jordan investigates the lives and works of Johnson, Cowper, Thomson, and many other, lesser known writers. She incorporates their obsession with idleness into a new and lucid theorization of the professionalization of writing and the place of idleness and industry in the larger cultural formation that was eighteenth-century British identity.