indgår i serie The Antipodean Philosopher 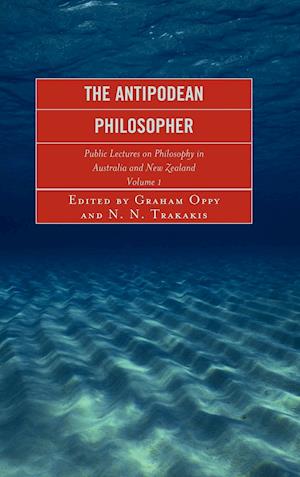 Philosophy in both Australia and New Zealand has been has been experiencing, for some time now, something of a 'golden age', exercising an influence in the global arena that is disproportionate to the population of the two countries. To capture the distinctive and internationally recognised contributions Australasian philosophers have made to their discipline, a series of public talks by leading Australasian philosophers was convened at various literary events and festivals across Australia and New Zealand from 2006 to 2009. These engaging and often entertaining talks attracted large audiences, and covered diverse themes ranging from local histories of philosophy (in particular, the fortunes of philosophy in Melbourne, Sydney, Brisbane, Adelaide, and New Zealand); to discussions of specific topics (including love, free will, religion, ecology, feminism, and civilisation), especially as these have featured in the Australasian philosophy; and to examinations of the intellectual state of universities in Australasia at the beginning of the twenty-first century. These talks are now collected here for the first time, to provide not only students and scholars, but also the wider community with a deeper appreciation of the philosophical heritage of Australia and New Zealand.