- The Failure of Institutional Politics in Liberal Democracies 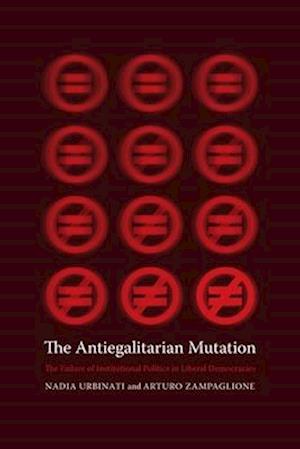 The twin crises of immigration and mass migration brought new urgency to the balance of power between progressive, humanitarian groups and their populist opponents. In the United States and many European countries, the outcome of this struggle is uncertain, with a high chance that the public will elect more politicians who support an agenda of nativism and privatization. The Antiegalitarian Mutation makes a forceful case that those seeking to limit citizenship and participation, political or otherwise, have co-opted democracy. Political and legal institutions are failing to temper the interests of people with economic power against the needs of the many, leading to an unsustainable rise in income inequality and a new oligarchy rapidly assuming broad social control. For Nadia Urbinati and Arturo Zampaglione, this insupportable state of affairs is not an inevitable outcome of robust capitalism but rather the result of an ideological war waged against social democracy by the neoliberal governments of Reagan, Thatcher, and others.These giants of free-market fundamentalism secured power through legitimate political means, and only by taking back our political institutions can we remedy the social ills that threaten to unmake our world. That, according to The Antiegalitarian Mutation, is democracy's challenge and its ongoing promise.