The Anti-dumping Agreement and Developing Countries 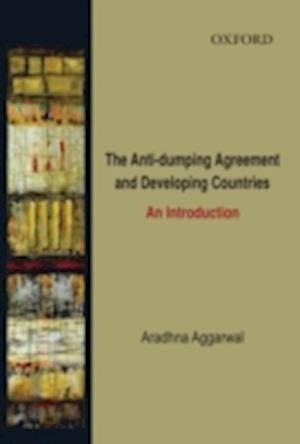 Gains from globalization are threatened by pressures of protectionism among countries. In this context, anti-dumping has emerged as a critical area. This book analyses the importance of anti-dumping agreement from a developing countries perspective and examines their roles and concerns. numerous tables, 4 figures

Forfattere
Bibliotekernes beskrivelse In the era of globalization, trade policy has become a key development tool and exports expansion a major policy objective. But throughout the global economy, pressures for protectionism are abundant, threatening to reverse developing countries' gains. In this context, anti-dumping has emerged as a critical topic of international debate. This book analyzes the importance of the anti-dumping issue from the perspective of developing countries and discusses their roles and concerns. The author's analysis reveals biases against developing countries and stresses the need for reform of current anti-dumping codes. The book traces the genesis and evolution of the existing anti-dumping agreement and its legal porvisions, discusses various economic and non economic justifications of anti-dumping use, empirically analyzes the macroeconomic factors motivvating developed and developing countries to use anti-dumping rules and examines wide ranging proposals for reform of the WTO antidumping code. The author analyses various plausible approaches for refining the existing provisions and explores the possibility of reform by including a Public Interest Test. She also suggests updating the Special & Differential Treatment instruments to remedy the existing imbalances.