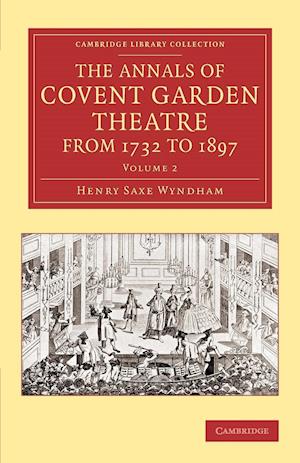 Commissioned by the enterprising actor-manager John Rich, Covent Garden's Theatre Royal first opened its doors in December 1732. Principally a playhouse during its first century, the venue has had an eventful history involving two disastrous fires and riots over ticket prices. Most notably, it hosted Handel's incomparable operas and oratorios, and was where he presented regular seasons from 1735 until his death in 1759. Not until 1847, under Michael Costa, did the theatre dedicate itself to opera, and in 1892 it received the name by which it is known today: the Royal Opera House. Secretary of the Guildhall School of Music from 1901 to 1935, Henry Saxe Wyndham (1867-1940) published this richly illustrated two-volume account in 1906, celebrating the venue's legendary personalities and productions. Volume 2 covers the period 1819 to 1897 and includes appendices which list principal events and managers.