The Animal in Ottoman Egypt

- Mikhail, A: Animal in Ottoman Egypt 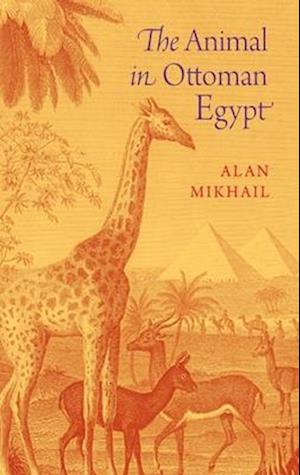 Since humans first emerged as a distinct species, they have eaten, fought, prayed, and moved with other animals. In this stunningly original and conceptually rich book, historian Alan Mikhail puts the history of human-animal relations at the center of transformations in the Ottoman Empire from the sixteenth to the nineteenth centuries.Mikhail uses the history of the empire's most important province, Egypt, to explain how human interactions with livestock, dogs, and charismatic megafauna changed more in a few centuries than they had for millennia. The human world became one in which animals' social and economic functions were diminished. Without animals, humans had to remake the societies they had built around intimate and cooperative interactions between species. The political and even evolutionary consequences of thisseparation of people and animals were wrenching and often violent. This book's interspecies histories underscore continuities between the early modern period and the nineteenth century and help to reconcile Ottoman and Arab histories. Further, the book highlights the importance of integrating Ottomanhistory with issues in animal studies, economic history, early modern history, and environmental history.Carefully crafted and compellingly argued, The Animal in Ottoman Egypt tells the story of the high price humans and animals paid as they entered the modern world.

Forfattere
Bibliotekernes beskrivelse Animals in rural Egypt became enmeshed in social relationships and made possible many tasks otherwise impossible. Rather than focus on what animals represented or symbolized, Mikhail discusses their social and economic functions, as Ottoman Egypt cannot be understood without acknowledging animals as central shapers of the early modern world.