The Ancient Dancer in the Modern World

- Responses to Greek and Roman Dance 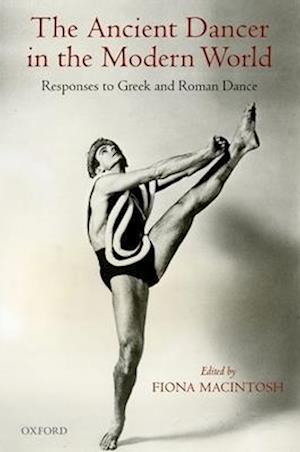 The EU's activity under its intergovernmental pillars - The Common Foreign and Security Policy and Justice and Home Affairs - has traditionally been beyond the scope of judicial control offered by the central EC legal system. The increasing importance of this activity, and its growing intrusion into the lives of individuals, has led to a sense that the level of judicial oversight and protection is insufficient and that the constitutional balance of the Union standsin urgent need of reform. While the need for reform is widely recognised, wholesale constitutional change has been stalled by the failure to ratify the Constitutional Treaty and the delay in ratifying the Treaty of Lisbon.This book charts the attempts to develop more satisfactory judicial control over the intergovernmental pillars in the face of such constitutional inertia. It examines the leading role played by the European Court of Justice in reforming its own jurisdiction, and analyses the ECJ's development as a constitutional court in comparison with more established constitutional adjudicators. Throughout the book the current constitutional position is compared extensively to the reforms introduced by theTreaty of Lisbon, offering a timely snapshot of the EU's federal structure in a state of flux.When the eighteenth-century choreographer Jean-Georges Noverre sought to develop what is now known as modern ballet, he turned to ancient pantomime as his source of inspiration; and when Isadora Duncan and her contemporaries looked for alternatives to the strictures of classical ballet, they looked to ancient Greek vases for models for what they termed 'natural' movement. This is the first book to examine systematically the long history of the impact of ideas aboutancient Greek and Roman dance on modern theatrical and choreographic practices. With contributions from eminent classical scholars, dance historians, theatre specialists, modern literary critics, and art historians, as well as from contemporary practitioners, it offers a very wide conspectus on anunder-explored but central aspect of classical reception, dance and theatre history, and the history of ideas.

Forfattere
Bibliotekernes beskrivelse This book maps out the evolution of judicial control in two major fields of EU activity traditionally outside the scope of its central legal system: the Common Foreign and Security Policy and Justice and Home Affairs. It charts the ongoing attempts to secure adequate judicial safeguards in these controversial areas of EU policy.The first systematic study of the impact of ideas about ancient Greek and Roman dance on modern theatrical and choreographic practices. With contributions from experts in 49 in-text illustrations