The Anatomy of Racial Attitudes 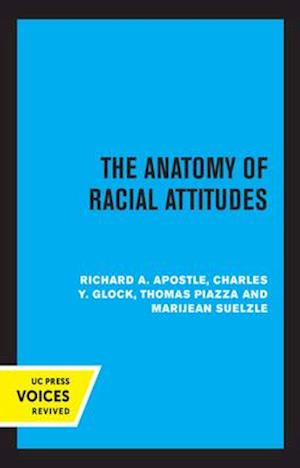 Racial tension divides American society. Racial equality remains a distant goal. Although the potion of Black Americans has improved in recent years, the widespread enthusiasm for the Civil Rights movement has waned. Why has progress slowed? What makes racial problems in America so difficult to solve? A principal cause, according to The Anatomy of Racial Attitudes, is the way in which white Americans explain, or account for, the social conditions in which most black Americans find themselves. A substantial proportion of whites believe that stereotypes that Black Americans are relatively less well off because blacks do not try hard enough to better themselves or because of the difference due to genertics or to God's plan. Whites who hold such views have relatively little sympathy for programs designed to improve the social conditions. In contrast, whites who believe that Black Americans are kept back either by deliberate discrimination or by the accumulated social results of past discrimination are much more receptive to policies designed to help blacks. Using qualitative and quantitive data, this book explores the variety and extent of these explanations for social differences; it also describes how each explanation--or combination of explanations--influences a person's views on policies designed to bring about greater racial equality. This study promises to influence not only the course of future academic research on race relations but also the formulation of public policy to deal with racial problems. It reveals that the resistance of many whites to policies favorable to racial equality are not isolated phenomenon but instead is part of a comprehensive view of how society works. If strides toward racial equality are to be made in the foreseeable future, the insights provided here must be considered seriously by policy makers and be incorporated into their strategies. This title is part of UC Press's Voices Revived program, which commemorates University of California Press's mission to seek out and cultivate the brightest minds and give them voice, reach, and impact. Drawing on a backlist dating to 1893, Voices Revived makes high-quality, peer-reviewed scholarship accessible once again using print-on-demand technology. This title was originally published in 1983.