The Anatomy of Adolescence 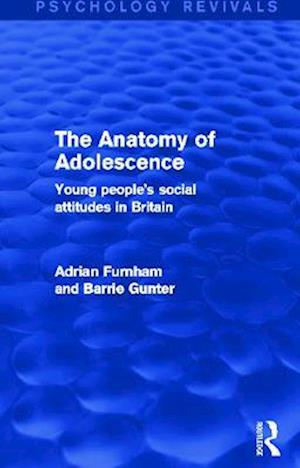 Originally published in 1989, this is a unique reference source to the social attitudes of British adolescents of the time. The authors, both experienced researchers, draw on a sample of over 2,000 adolescents from all over the British Isles, including Northern Ireland and the north of Scotland as well as the south of England and Wales. They provide one of the most comprehensive reviews of the 1980s, with the results summarized in tables supported by clear commentaries.The contents range widely over key issues of the time, covering attitudes to politics and government, crime and law enforcement, sex roles and race, religion and the paranormal, health and the environment, school, work and unemployment, and home entertainment media. Some of the book's findings are unexpected: young people are surprisingly conservative about the role of men and women, for instance, yet they have radical ideas about certain institutions, like the monarchy. Altogether the book gives a clear and revealing snapshot of the attitudes of young Britons of the time.