The American Roadside in Emigre Literature, Film, and Photography

indgår i serie Studies in Mobilities Literature and Culture 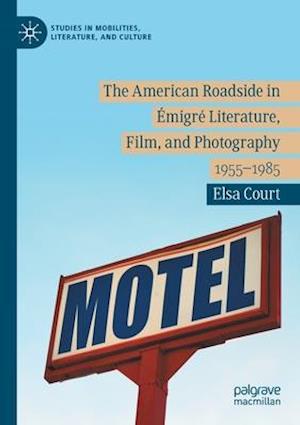 The American Roadside in Emigre Literature, Film, and Photography: 1955-1985 traces the origin of a postmodern iconography of mobile consumption equating roadside America with an authentic experience of the United States through the postwar road narrative, a narrative which, Elsa Court argues, has been shaped by and through white male emigre narratives of the American road, in both literature and visual culture. While stressing that these narratives are limited in their understanding of the processes of exclusion and unequal flux in experiences of modern automobility, the book works through four case studies in the American works of European-born authors Vladimir Nabokov, Robert Frank, Alfred Hitchcock, and Wim Wenders to unveil an early phenomenology of the postwar American highway, one that anticipates the works of late-twentieth-century spatial theorists Jean Baudrillard, Michel Foucault, and Marc Auge and sketches a postmodern aesthetic of western mobility and consumption that has become synonymous with contemporary America.