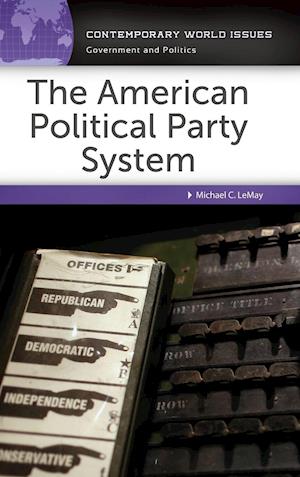 What historical factors transformed American politics into the institution we know today? This in-depth look at America's party system traces its efficacy, sustainability, and popularity through six influential presidencies spanning 1790 to the present day.Did President Obama's election serve as the impetus to the development of a seventh political party system? This compelling text sheds light on the American political process as seen through the lens of six pivotal presidencies that shaped America's culture, politics, and society and considers how our current president may be the latest transformative leader in this lineage. Covering two centuries of politics, the work offers insight into the American political machine and reveals how and why the two-party system became so dominant in American politics. Topics include the media's focus on the horse-race aspect of elections, the declining importance of party identification, and the impact of the geographical split that results in swing-states and gerrymandered districts.The work begins by dividing 200 years of politics into 6 periods influenced by a transformative president and discussing the profile of the party system in each era. The next section presents essays contributed by activists across a myriad of political parties and profiles leading political actors and organizations. The final section includes tables, primary source documents, reference lists, a detailed glossary, and a timeline of the development of American political parties that help elucidate the text and show the role political parties have played throughout history.* Theorizes how the presidencies of Jefferson, Jackson, Lincoln, McKinley, FDR, and Ronald Reagan marked the beginning of a new political party system at the time and considers how Obama's election might signal the latest transformation* Contains essays that explain how political beliefs affect party identification, examine each party's platform on national security issues, and identify the effects the Trump campaign has on the Republican Party* Features 15 primary documents including excerpts from the Federalist Papers and relevant sections of the U.S. Constitution* Includes maps, bar and line graphs, and pie charts to illustrate key elements of the party system