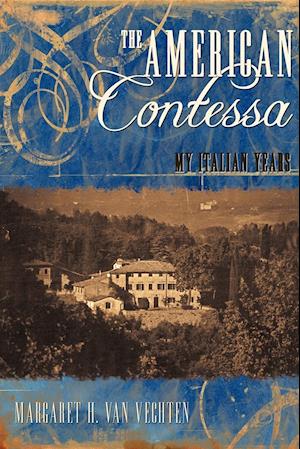 In 1959, thirty-five-year-old Peggy was swept away into another time and country. After the unexpected death of her husband, Peggy sought a new backdrop and moved with her four-year-old twin sons, Craig and Mark, and eleven-year-old daughter, Barbara, to Florence, Italy. It was a nine-day voyage that changed her life and ultimately rooted her family in two countries. The American Contessa narrates the adventure of this middle-class American widow who traveled to Italy intending to stay for one year, yet remained there for twenty. This memoir tells about the struggles of adopting a new language and learning about centuries-old traditions and mores that she both admired and misunderstood. Her story chronicles her marriage to Conte Giorgio Magherini, a member of the Italian-landed aristocracy, and of the family's sojourns through numerous Tuscan villas before coming to rest at Norcenni, Giorgio's ancestral home. With photos included, this memoir captures the enchantment of Italy through the eyes of Peggy's family and provides an engaging and insightful look into the world of an American contessa.