- The Untold Founding of America by the Survivors of Troy 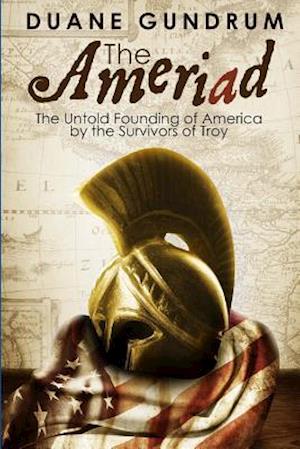 The Greeks had their Iliad and Odyssey, the Romans had their Aeneid, and the British had their Britannia and those continuously changing King Arthur stories, starring wannabe Shakespearean actors slumming it until something better came along. But America got nothing. Until now. Finally, an epic has emerged, from the lost annals of time (whatever that means...just go with it...it sounds scholarly), that tells the true story of America's foundation. The Ameriad tells the story of the Trojan warrior Amereaus, who has been chosen by the gods to found a new land somewhere across the Great Sea (capitalized because it's that great a sea). Running away from his domineering wife Democrita, Amereaus travails the many forgotten lands of yesterday to battle new gods and new evils (because the old ones were boring), leading to a new land previously occupied by other people until Amereaus kicks them out. For the glory of a new land that will one day be called Amereausland (placeholder until a better name comes along). So join Amereaus, his much smarter assistant Lyddius, and a cast of many others (because it's a novel and just having two characters would have been really boring), including a translator of the epic who really should have never quit his day job but just so happened to be in the right place at the right time to become the greatest translator of all time (Editor's Note: Please do not let this guy write any more of his own back copy ).