The Ambivalence of Cytostatic Therapy 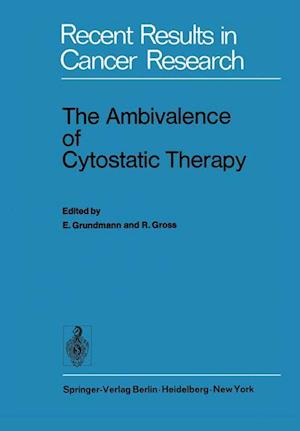 E. GRUNDMANN The question as to whether cytostatic drugs might be carcinogenic has been presented and discussed in three experimental studies. The most extensive in- vestigations were by J. H. WEISBURGER and coll. (New York, Alabama, Bethesda). They started with an exact determination of rate and localization for spon- . taneous tumors in their animal strains. Thirteen cytostatic compounds current- ly in clinical use were then given in the maximally tolerated dose (MTD) to groups of 25 male and 25 female animals (rats and mice) three times weekly, in most assays over a period of 6 months. Other identical groups of animals received 0. 5 of the MTD. Each test involved 50 male and 50 female mice and the same number of rats. As positive controls, identical groups were given diethylnitrosamine, which induced tumors of liver, lungs and kidneys in the expected rates. The direct alkylating agents (Actinomycin 0, Melphalan, Mito- mycin 0, Uracil mustard, Dibromomannitol and Dibromodulcitol) induced cancer in the peritoneal cavity, the site of the injections. Rats appeared to be more susceptible than mice. Other drugs (e. g. the cyclohexamide salt of phos- phorodiamidic acid derivative, Natulan, DIC and streptozotocin) had a broad spectrum of carcinogenicity affecting a variety of organs.Several agents led to tumors in the hematopoietic and lymphatic systems in mice or rats or both. The correlation to the general immunosuppressive action is not quite clear. 6-Mercaptopurine induces lymphosarcomas in mice.