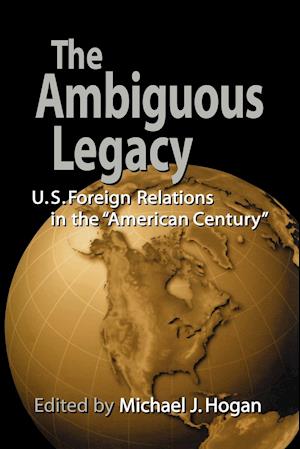 This collection of essays assesses the record of American foreign policy over the course of the twentieth century. The essays comprise the work of political scientists as well as historians, conservatives as well as liberals, foreign scholars as well as Americans. Taking off from Henry Luce's vision of an 'American century', the authors discuss such important topics as the American conception of the national interest, the tension between democracy and capitalism, the US role in both the developed and underdeveloped worlds, party politics and foreign policy, the significance of race in American foreign relations, and the cultural impact of American diplomacy on the world at large. The result is a lively collection of essays by authors who often disagree but who nonetheless provide the reader with keen insights about the past and provocative views of the future.

Forfattere
Bibliotekernes beskrivelse This collection of essays assesses the record of American foreign policy during the twentieth century. The authors discuss key topics ranging from the American conception of the national interest to the cultural impact of American diplomacy on the world at large. 3 Halftones, unspecified