- Evangelism in a Post-Christian Era 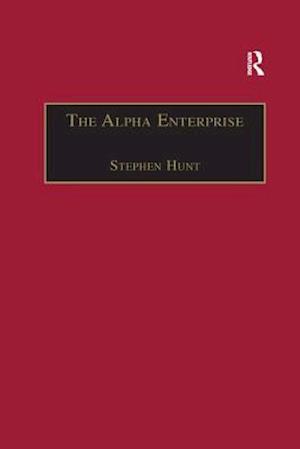 The Alpha Enterprise explores the development, growth and impact of the most widely used evangelising programme of recent decades. The Alpha course is run in over seven thousand churches in the UK and over five thousand in the USA. Across the world some four million people have graduated through the course in over 80 countries. Alpha is truly the fastest growing evangelising initiative, creating widespread support as well as stirring strong criticism. Stephen Hunt critically examines the content and working philosophy of the Alpha course through the experiences of the churches that have run it, as well as the individuals who have experienced it first hand. Hunt charts the history of the programme, its use of group dynamics and media, how it links with the charismatic movement, how it deals with issues such as homosexuality, how it is run not only in churches but in prisons and universities too, and concludes by measuring Alpha's impact and success. Engaging with debates regarding postmodernity, globalisation, McDonaldisation, consumerism, and secularisation, and based on real-life surveys, The Alpha Enterprise sheds new light not only on evangelism but on contemporary Christianity in general and how it engages with a post-Christian culture.