The Allure of Labor

- Workers, Race, and the Making of the Peruvian State 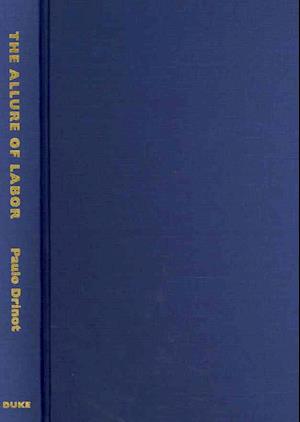 In The Allure of Labor, Paulo Drinot rethinks the social politics of early-twentieth-century Peru. Arguing that industrialization was as much a cultural project as an economic one, he describes how intellectuals and policymakers came to believe that industrialization and a modern workforce would transform Peru into a civilized nation. Preoccupied with industrial progress but wary of the disruptive power of organized labor, these elites led the Peruvian state into new areas of regulation and social intervention designed to protect and improve the modern, efficient worker, whom they understood to be white or mestizo. Their thinking was shaped by racialized assumptions about work and workers inherited from the colonial era and inflected through scientific racism and positivism.Although the vast majority of laboring peoples in Peru were indigenous, in the minds of social reformers indigeneity was not commensurable with labor: Indians could not be workers and were therefore excluded from the labor policies enacted in the 1920s and 1930s and, more generally, from elite conceptions of industrial progress. Drinot shows how the incommensurability of indigeneity with labor was expressed in the 1920 constitution, in specific labor policies, and in the activities of state agencies created to oversee collective bargaining and provide workers with affordable housing, inexpensive food, and social insurance. He argues that the racialized assumptions of the modernizing Peruvian state are reflected in the enduring inequalities of present-day Peru.

Forfattere
Bibliotekernes beskrivelse Reveals how Perus early-twentieth-century labor reforms excluded the majority of the countrys laborers. They were indigenous, and the nations elites saw indigeneity as incommensurable with work, modernity, and industrial progress. 13 illustrations