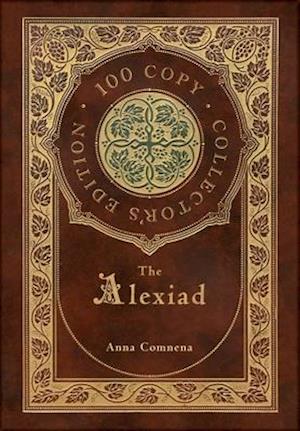 In The Alexiad, Anna Komnene describes the political and military history of the Byzantine Empire during the reign of her father, Emperor Alexios I. The text is a reference on the Byzantium of the High Middle Ages, documenting the Byzantine Empire's interaction with the Crusades and highlighting the conflicting perceptions of the East and West in the early 12th century.

The Alexiad, written in 1148 AD, is divided into 15 books. Its scope is limited to the duration of Alexios' reign, which it is thus able to depict in full detail, especially regarding political relations between the Byzantine Empire and western European powers. The Alexiad remains one of the few primary sources recording Byzantine reactions to both the Great Schism of 1054 and the First Crusade, as well as documenting first-hand the decline of Byzantine cultural influence in both eastern and western Europe.

This cloth-bound book includes a Victorian inspired dust-jacket, and is limited to 100 copies.