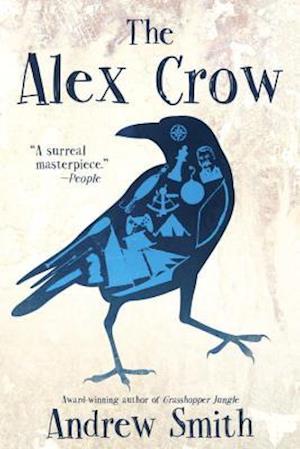 The author of Printz Honor book Grasshopper Jungle returns with another genre-bending literary exploration of the absurd.

Once again blending multiple story strands that transcend time and place, Grasshopper Jungle author Andrew Smith tells the story of 15-year-old Ariel, a refugee from the Middle East who is the sole survivor of an attack on his small village. Now living with an adoptive family in Sunday, West Virginia, Ariel's story of his summer at a boys' camp for tech detox is juxtaposed against those of a schizophrenic bomber and the diaries of a failed arctic expedition from the late nineteenth century. Oh, and there's also a depressed bionic reincarnated crow.

"Smith takes readers] to a place where humanity is imbued with the potential to render people inhuman...and reminding us that being human, all too human, is far better than any conceivable alternative." --BCCB Reviews, starred review "Magnificently bizarre, irreverent and bitingly witty" --Kirkus, starred review