The Alawis of Syria

- War, Faith and Politics in the Levant 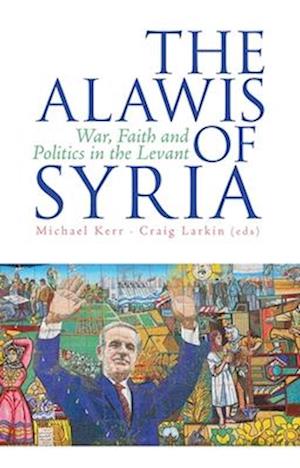 Throughout the turbulent history of the Levant the 'Alawis - a secretive, resilient and ancient Muslim sect - have aroused suspicion and animosity, including accusations of religious heresy. More recently they have been tarred with the brush of political separatism and complicity in the excesses of the Assad regime, claims that have gained greater traction since the onset of the Syrian uprising and subsequent devastating civil war.

The contributors to this book provide a complex and nuanced reading of Syria's 'Alawi communities -from loyalist gangs (Shabiha) to outspoken critics of the regime. Drawing upon wide-ranging research that examines the historic, political and social dynamics of the 'Alawi and the Syrian state, the current tensions are scrutinised and fresh insights offered. Among the themes addressed are religious practice, social identities, and relations to the Ba'ath party, the Syrian state and the military apparatus. The analysis also extends to Lebanon with a focus on the embattled 'Alawi community of Jabal Mohsen in Tripoli and state relations with Hizballah amid the current crisis.