The Aesthetic as the Science of Expression and of the Linguistic in General, Part 1, Theory

- Croce, B: Aesthetic as the Science of Expression and of the (Part 1: Theory) 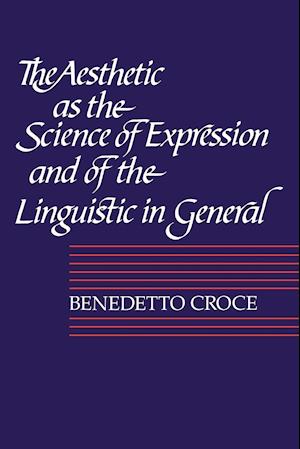 The Italian philosopher Benedetto Croce (1866-1952) spent most of his life as a private scholar in Naples. His Estetica, which first appeared in 1902, has remained a seminal work not only for aesthetics but also for general linguistics. As the full title indicates, this is not a narrow work dealing with the theory of art and criticism. For Croce intended this to be the first part of his 'philosophy of the spirit' and he thus presents a systematic general theory intended to solve all philosophical problems. The work presents an account of the structure of the human mind and shows how art arises naturally from that structure, as well as introducing the influential notion of the organic unity of a work of art. As a result, art is shown to be integral to any life and an essential aspect of what it is to be human.

Forfattere
Bibliotekernes beskrivelse Art is shown to be integral to any life and an essential aspect of humanity in this original translation from Italian of the philosopher Benedetto Croce's (1866-1952) influential theory of linguistic aesthetics. Worked examples or Exercises