The Adventures of Tom Sawyer (Unabridged. Complete with all original illustrations) 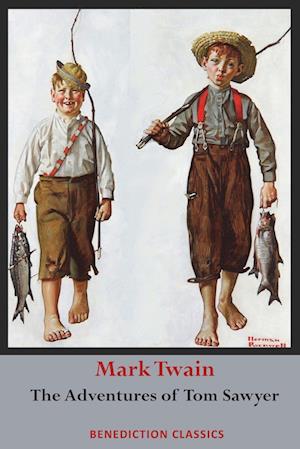 "It is altogether the best boy's story I ever read. It will be an immense success" stated William Dean Howells, the great American editor of his day.  The Adventures of Tom Sawyer lived up Howells' prediction and is regarded as one of the great American stories, being loved by children and adults.

Tom Sawyer is an intelligent resourceful orphan who enjoys a life of freedom, unsheltered from life's hardships: the life that most children secretly or not-so-secretly yearn for. He is an immediately attractive character who draws the reader through his adventures; falling in love, being dumped, becoming a pirate, being thought to be dead, fearing that he would surely die, uncovering a murder, finding hidden treasure, and all the while skipping school and playing pranks.

Twain's characters are surprising, unforgettable and truly human.  The plot combines adventure, suspense and mischief with the darker side of humanity: murder, deceit, brutality and racial prejudice. Twain's trademark humor and observations of human nature are never far.

Mark Twain's record of reported speech precisely captures the language of the Antebellum South, and so, as one might expect, there are words that are unacceptable today. Since times have changed, these have also been changed, but otherwise the text is original.

The Adventures of Tom Sawyer, initially a commercial failure, soon became his bestselling book, and today is regarded by many as a masterpiece of America literature.

Features of this edition:

Mark Twain, the pen name of Samuel Langhorne Clemens (November 30, 1835 - April 21, 1910) was an American writer, humorist, entrepreneur, publisher, and lecturer. He was lauded as the "greatest humorist the United States has produced," and William Faulkner called him "the father of American literature".