The Adventures of Grizzly Gus and Misty Hill 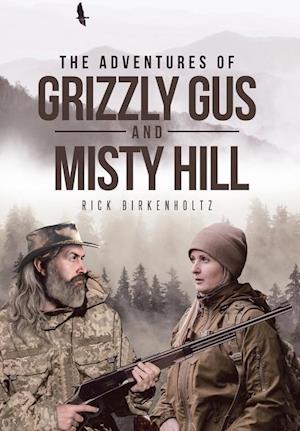 Gus, fifty-five, built a log cabin in a remote area in the Colorado Rocky Mountains. He did so to get away from bad relationships, which resulted in a failed business and two divorces. Gus wanted to be alone and responsible for only himself.

Misty, seventeen, lost her beloved outdoorsman father in a motorcycle accident. She blames her mother. Only months later, her mother gets a "loser" boyfriend, whom Misty despises. Her mother thinks that Misty's boyfriend, David, is too old for her daughter. They have fights over each other's boyfriends.

One day, Misty believes that David has a new girlfriend. Misty is crushed. She decides to head up into the mountains to camp out and "get away from it all" for a few days. An accident leaves Misty unconscious in a stream of icy-cold water. Misty is rescued by mountain man Gus, who carries her body to his cabin.

Their adventures over the next several months include wild animals, bad people, and good people. Learn how this mountain man and a runaway teenager bond and how their relationship brings them back to civilization. Discover the shocking and surprising ending!