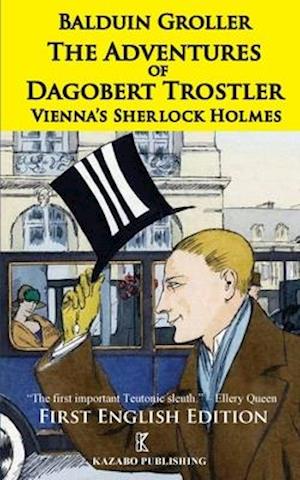 Dagobert Trostler is the Sherlock Holmes of Vienna . . . with a twist. Like Holmes, he's a famous private investigator — the most famous private investigator in Vienna. Unlike Holmes, he's a bit of a party animal. While he loves a good mystery, he also loves good food, good company and a good time. He's a bon-vivant and right at home in the brilliant social scene of Vienna in the heyday of the Austro-Hungarian Empire.

These stories, written by Balduin Groller and published in Vienna between 1889 and 1910, are a glimpse into the sparkling, forgotten world of turn-of-the-century Vienna. Hugely popular in the German-speaking world, they are now available in English for the first time exclusively from Kazabo Publishing.