The Adventure Of The Busts Of Eva Peron 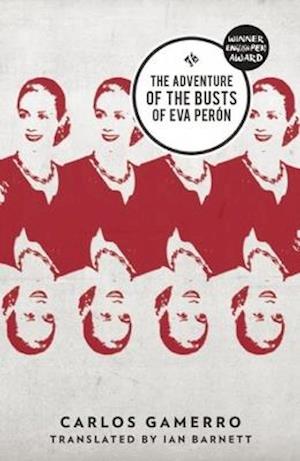 1975. The cusp of Argentina's Dirty War. The magnate, Fausto Tamerlan, has been kidnapped by guerrillas, who as part of their ransom demands have stipulated the placement of a bust of Eva Peron in all ninety-two offices of Argentina's leading construction company, Tamerlan & Sons. Tamerlan's head of procurement, Ernesto Marrone, is the man tasked with the job, but he soon finds out that his is a mission for executives of a heroic disposition. His subsequent picaresque journey plunges him into a world of occupied factories, the slums of Buenos Aires and the utopian Evita City. Equipped with his trusty copy of Don Quixote: The Executive-Errant, Marrone is a modern knight who finds himself forced to penetrate the ultimate Argentinian mystery: Eva Peron - that maid of myth and legend whom we know as Evita. A stand-alone novel in its own right but also a prequel to his first novel, The Islands (And Other Stories, 2012), Carlos Gamerro's caustic and utterly original novel is a shattered window onto Argentina's recent past.

Forlag:
And Other Stories