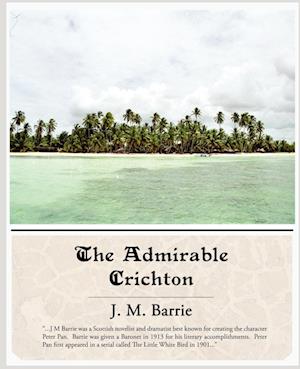 J M Barrie was a Scottish novelist and dramatist best known for creating the character Peter Pan. Barrie was given a Baronet in 1913 for his literary accomplishments. Peter Pan first appeared in a serial called The Little White Bird in 1901. In 1904 the play Peter Pan, or The Boy Who Wouldn't Grow Up was first produced. Barrie has created another humorous work in The Admirable Crichton where positions are reversed when the wealthy Earl of Loam and his resourceful butler Crichton are shipwrecked on a desert island.