The Acquisition of Immovables through Long-Term Use

indgår i serie The Common Core of European Private Law 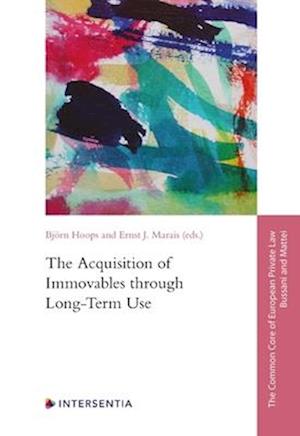 In this book, which is part of the Common Core of European Private Law series, reporters consider legal institutions that allow persons who have occupied the private or public land of others to acquire that land through mere long-term use.Rules permitting such acquisition have existed since Roman times and are said to promote legal certainty as regards ownership of land. The reporters investigate how these rules work in their legal systems today and whether this justification still holds water, especially given that land is now registered in most countries. Registration seems to obviate the necessity for rules permitting acquisition of land through mere long-term use, as land registration systems create clarity as to who owns the land.The continued existence of these rules also comprises a human-rights dimension. Landowners enjoy constitutional property protection under many constitutions and other legal instruments, which draws the constitutional validity of rules on long-term use into question. Yet, the rights to housing and human dignity are also relevant, especially where such users have lived on the land for extended periods and regard it as their home or where they are vulnerable to landlessness. As such, these rights must be balanced against each other.The reporters represent 19 jurisdictions from all over the world, including civil law, common law and mixed legal systems, and are from both the global north and the global south. A comparison between these legal systems and their experience with their rules on long-term use reveals a common core and guidelines against which these rules may be measured in other countries. As such, this book will be valuable to practitioners dealing with both private and public law, academic lawyers and government officials tasked with land use planning.