Accidental Diplomat, The: The Autobiography Of Maurice Baker 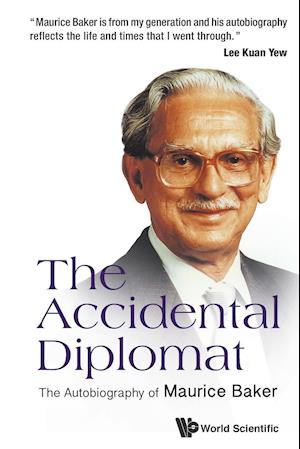 "For the life of a diplomat is often a variation of routine boredom and exhilarating crises."Maurice Baker is an academic and one of Singapore's pioneer diplomats. Growing up in colonial-governed Malaya and Singapore, his profound love for great literature works inspired him to obtain an honors in English from King's college, London in 1948 despite the cruelties faced during and after the Second World War. Baker's humble beginnings and political consciousness earned him the friendship and respect of many diplomats during his missions to India in 1967, Malaysia in 1969, Philippines in 1977 and back to Malaysia in 1980 before retiring from his career as a diplomat in 1988. Between his diplomatic missions, Baker returned to Singapore in 1972 to head the Department of English at the University of Singapore for five years.This is Baker's story of how he came to be The Accidental Diplomat. With occasional poems and a sense of humor, he candidly recounts the colourful romances of his life to his enriching encounters of diplomatic relations. His portrayals of admiration for great leaders and men paint a vivid picture of the qualities that guided his beliefs, proving that he was by no means an "Accidental Diplomat" in the eyes of others.

Forfattere
Bibliotekernes beskrivelse Maurice Baker is an academic and one of Singapore's pioneer diplomats.