The Abilities of Man 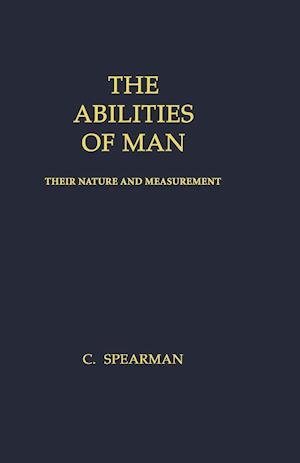 Charles Spearman originated the classical theory of mental tests, the multivariate statistical method called "factor analysis," and the first comprehensive theory of the intellect "A Two Factor Theory of Intelligence," which is composed of a central notion, called "general intelligence," together with certain "specific factors of intelligence." Spearman utilized both mathematical methods and empirical psychological studies to pioneer research efforts in these three areas. "The high point for Spearman's system was undoubtedly reached in 1927 with the publication of The Abilities of Man, which presented the accumulated experimental and philosophical evidence supporting a theory of human intelligence with the general factor as its ruling, but not sole, principle." Lovie & Lovie, 1996, p. 82 "The Abilities of Man, their Nature and Measurement brings together the fruits of two decades of research into a coherent whole." Human Nature Review 2003 The British psychologist, Charles Edward Spearman, was born in 1863 and died in 1945. His doctoral study was directed by Wilhelm Wundt, who initiated the first laboratory in experimental psychology in Leipzig, Germany. Spearman was also strongly influenced by the work of Francis Galton, who had made a strong case for the importance of intelligence testing. Charles Spearman occupied chaired professorships at University College London from 1907 to 1931.