- The Inside Story of How A Suspicious Ticket, Hot Dogs, and Bigfoot Foiled the Biggest Lottery Fraud In U.S. History 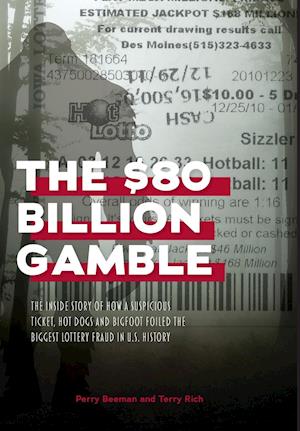 
Eddie Tipton went to prison in 2017 for masterminding the biggest lottery fraud in U.S. history. In a twisting and bizarre tale, he somehow mixed a cocktail of greed, Bigfoot hunting, deception, cybercrime and a love of hot dogs on his way to a felony conviction after he and several accomplices scored a series of jackpots from rigged drawings but fell short on the biggest "score' of them all. Call it "The $80 Billion Gamble" because the future of the entire lottery industry was at risk if someone didn't solve this case of computer tampering and multimillion-dollar prizes. Tipton's downfall made international news, but this book tells the story of the investigators and public officials who solved the mystery. Veteran journalist Perry Beeman and retired lottery executive Terry Rich use a vivid mixture of recorded phone calls, court documents, personal communications and the public record to give readers an exclusive inside view of one of the most surprising and captivating white-collar crimes the nation has seen. It's a wild story of greed and misplaced confidence, and a study in public officials whose determination survived a nearly cold trail, a team that insisted on being transparent and sticking with the case. As you'll read in these pages, they did - against long odds.