The 1900s: Overture to a Calamitous Century 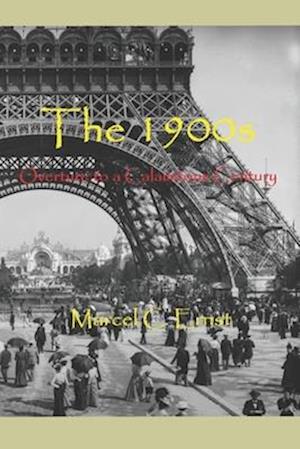 The book consists of three parts and an interlude on Canada. Part one deals with themes, part two with leaders, and part three traces the twilight of Europe's imperial courts. The flurry of unfolding, accelerating and occasionally overwhelming developments in the early years of the 20th century called for some structure. I have slightly modified the approach utilized in the earlier Decades books by taking a thematic rather than event-based perspective. This selection brings the added benefit of highlighting themes that address popular misconceptions about the era. For example, even though historians have traditionally categorized the 1900s "the prewar years," they included war and rebellion. Chapter 2 covers anarchism, from an ideological rather than labour unrest angle. Chapter 3 deals with the United States joining great power politics as an emerging major player. Chapter 4 tells the story of flight and, with that humanity's quest to leave petty squabbles behind, at least for a few minutes. Chapter 5 focuses on three often neglected, but significant regions: China, India and Latin America. Chapter 6 introduces two important women of science and peace: Nobel Prize winners Marie Curie and Berth von Suttner. Chapter 7 covers Einstein's scientific revolution. Finally, Chapter 8 traces cultural developments and emerging modernity, brought about by innovation emanating from new technologies, but also creative combinations and syntheses of previous discoveries.

The 1900s produced scores of aspiring leaders, although the number of successes among them remained few. Japan emerged as an early version of the Asian Tiger. The 1905 Russo-Japanese war also served to disprove racist theories of Asian "inferiority." Leaving feudalism behind, the Meiji dynasty modernized language, customs and business practices. In the United States, Theodore Roosevelt almost succeeded in making imperialism respectable. While advancing and capitalizing on sea power, the president largely avoided the offensive behavior displayed by his silent admirer, Kaiser Wilhelm II. At home, he fought for the little man and inaugurated a proud tradition of environmental stewardship and natural heritage protection. Britain grew more egalitarian as well, under the skillful leadership of three Prime Ministers: the Conservative Balfour and two Liberals: Campbell-Bannermann (CB) and his successor Asquith. They demonstrated London's resilience and capacity to reform and modernize without discarding its cherished monarchy. On the European continent, the labors and analyses of Sigmund Freud and Emile Durkheim long outlasted the designs of crowned and elected heads of government. The two geniuses uncovered much of what ails the human mind and communities, while proposing potential remedies with diagnoses and statistics. They also addressed taboos that prevented holistic scrutiny of the human condition. Honorable mentions include Sergej Witte, the Russian PM during a crucial period; the African-American Niagara Movement that became the precursor of the National Association for the Advancement of Colored Peoples; and Andrew Carnegie, the US business tycoon who turned into the "father of philanthropy." The glorious failures fell short of success, but deserved full credit for making the effort, such as African American leader Booker T. Washington and Theodor Herzl, the hardworking proponent of Jewish statehood. The intelligentsia included Leo Tolstoy and Alfred Russell Wallace, but also William James, George Santayana and Herbert George Wells. Finally, those on the wrong side of history failed to recognize and address crises they could potentially have avoided: Georges Sorel and German Chancellor Bernhard von Bülow, among others.

The last part's chapters describe the descent into oblivion of Europe's and China's imperial houses. Only the British monarchy survived the catastrophe of the First World War. A brief essay, The End of the Long 19th Century, ends the work.