That's What They Want You to Think 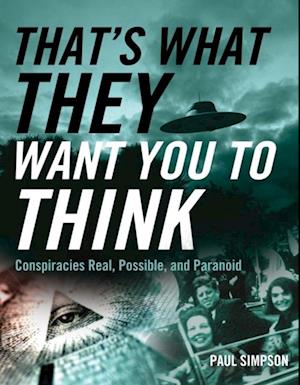 You don't need to be wearing a tinfoil hat to accept that Lincoln was assassinated by a conspiracy - it's a historical fact. But these days the phrase ';conspiracy theory' has become synonymous with labyrinthine plots and nebulous clues hidden in blown-up photos and arcane paintings. The simple suggestion of a conspiracy is often dismissed by the mainstream media as if inherently impossible. That's What They Want You to Think sorts through the most well-known theoriesboth historically accepted and summarily dismissedto provide an overview of the real, the possible, and the paranoid. Conspiracies covered include Pearl Harbor, JFK, MLK, Lincoln, Princess Diana, John Lennon, Roswell, Freemasons, Watergate, 9/11 and more!