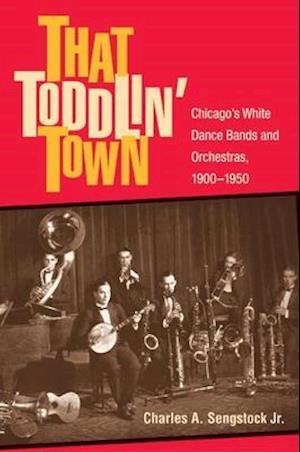 As a center for jazz and blues, vaudeville, and a budding recording industry, Chicago and its environs probably spawned more nationally recognized dance bands than any other city in the United States in the 1920s and 30s. While ample attention has been paid to their black counterparts, That Toddlin' Town looks at the history of the white dance bands, theater orchestras, radio studio ensembles and night club bands. Sengstock examines these bands not only in terms of the music they played but also in the context of the venues in which they played and Chicago's volatile economic and social climate. Viewing the bands as an economic system, he analyzes them as businesses with all the usual pressures brought on by ambition, personality clashes, and the overriding need to serve clients. More than a mere popular phenomenon, these dance bands--along with their charismatic leaders, powerful booking agencies, and the Chicago Federation of Musicians--had a major impact on the music industry at large and influence over other entertainment media.

Forfattere
Bibliotekernes beskrivelse Tells the unknown story of the business behind the bands that became an industry.